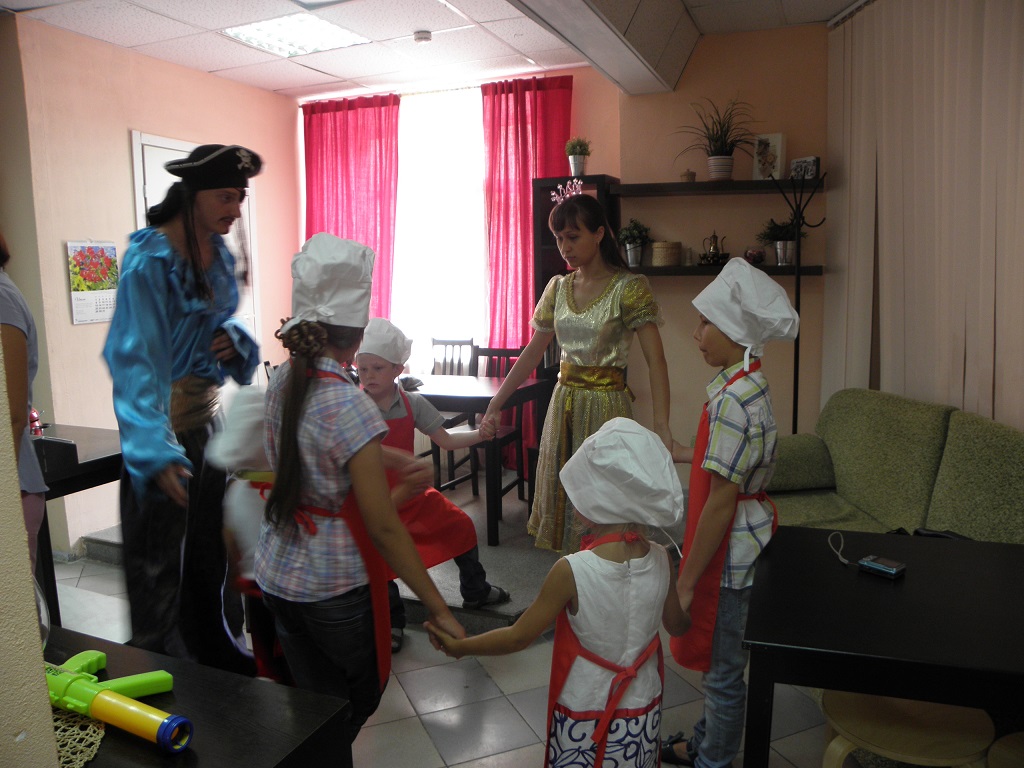 The first couple of days were as usual. We were at home, had English, played….

On Thursday we were invited to a birthday party. Dana’s cousin turned 5 years old. I really liked the party. It was in a pizzeria, where the children could bake pizza and cookies themselves. They enjoyed it a lot. There were also a pirate and fairy to keep them entertained. I didn’t really talk to anyone at the party. At the “adult table” everyone talked together, so I just listened. I didn’t understand most of the things as there were kids noise at the background. But I still had a good time. Dana and Marina left earlier to go to the hospital. I stayed there “alone”. But everyone was nice. I had pizza, fish, limonade and cake. The party was soon over and I was stuck with Natasa (host dad’s sister), her cousin Masa and 5-year-old Mis. They were very kind. We went to a toy shop together to buy a present for Mis and then they took me home. We talked in the car about Hungary, travelling and family.

They understood how hard it can be without Internet. At home they arranged me a mobile net. I went immediately to facebook and checked everything. They laughed about how I could have lived without Internet for over a week and that I must be really happy that we’ve met. 😀 It’s true. I haven’t thought about getting mobile net, but it’s not very expensive and I can use it EVERYWHERE. It’s a pity I can’t take photos. Then I would upload new ones to facebook and Instagram every second. 😀

Anyway we spent the rest of the day together. We played and ate delicious food left from the party. We went to bed later than usually. They also spent the night at our house.

The next day, Masa had to go home. Natasa took her to the town. I was looking after Mis and Dana during that time. But Marina also arrived home a bit later. We walked to the nearest shop to buy some sweets. Then we just played in the garden with the guns Mis got the previous day.