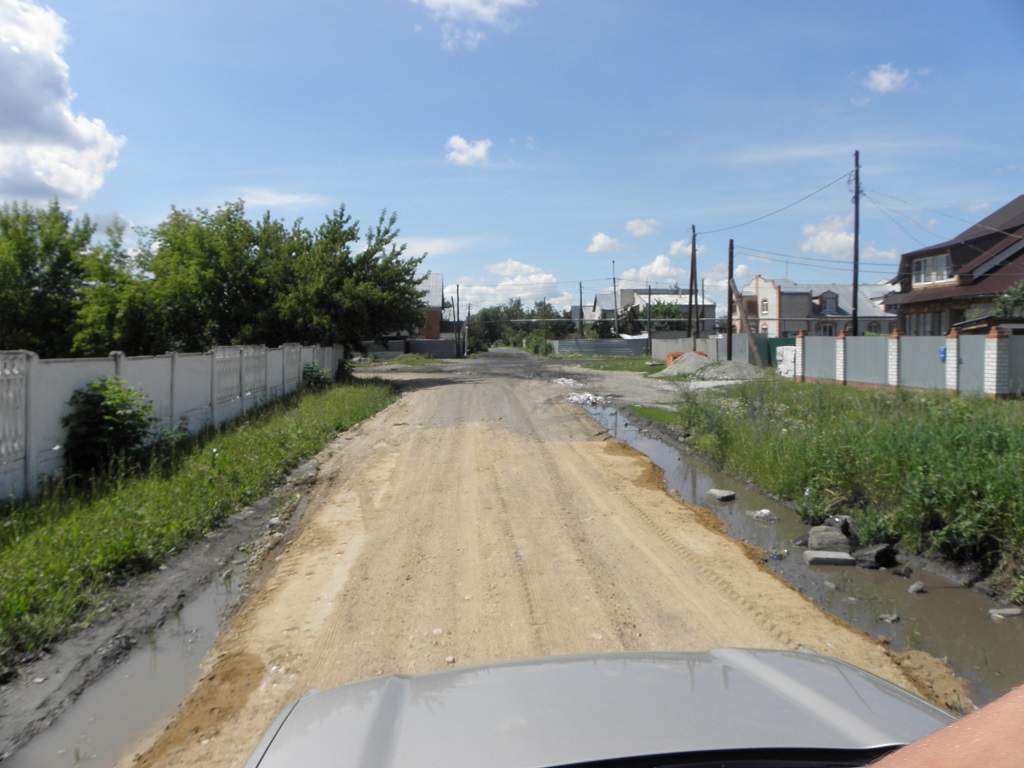 At home when they asked me, where I’m going to be an au pair I tried to avoid saying Siberia. I just said: Russia. If they wanted to know where exactly I told them. But I just wanted to avoid the people’s reaction. It’s always: “Are you crazy?” or ”You’ll freeze.” But these people probably only heard about Siberia in winter. I hated these stereotypes about Siberia. To be honest I didn’t know much about it. Sunbathing on a hot beach was never that tempting to me as hiking or cycling in the mountains. So I definitely didn’t mind skipping the hot summer at home. Also my host dad told me that it’ll be between 10-30 degrees during my 3 months, so it’s not like I haven’t experienced this weather before. My mum’s friend told her to prepare me for seeing poverty. I was mad, because I though it’s just another stereotype and things will be the same as home. I couldn’t have been more wrong. When my host dad said: “The road conditions here are very bad.” or “We sometimes have problems with the electricity”. I though: “So what? The roads here are shitty too.” I noticed it especially since I’ve started driving. Also it happened that during a big storm the computer switched off. Nothing unusual in that. However arriving to Siberia I noticed that the conditions here are completely different.I got the first impression on the road from the airport: Cars. So old and ugly cars. Lot of smog and smell. This was only the first culture shock. When we went to registrate (Yes, you have to do that in Russia if you don’t stay at a hotel) I could see more from the area. Roads? That’s not even the word I would use. You see the problem is not that there are potholes, but there isn’t asphalt at all. There are some on the main road, but even them are worse than what we have in Hungary in the villages. Registration was also a big hussle. We went to 3 different post offices, but there was something wrong in all of them. They either didn’t have the right papers, or didn’t know how to fill in the forms. In the end we got the papers from one of them and filled it in at another post office. How complicated, right? My host dad said, that now I can see what he meant by saying that nothing works in Russia the way it should be. That even simple things can be very complicated here. In St. Petersburg he told me he didn’t like being Russain, because it causes him several problems all over the world. If he had the money he’d move to Thailand. His plan is to retire there.  Only after 2 days, I could understand why. It was raining and the electricity didn’t work. It’s wasn’t even that big of a storm, but it made impossible to switch on the light or watch TV. I can image that it causes frustration in the long run.

Internet is also very rare. I own someone a big favour, because it just seems I have a very big luck in that matter. (knock on wood)  In the house there isn’t Internet at all. My host dad said I could use the Internet in his office from time to time. But it’s about 10 minutes by car. So when I discoved I have wifi in my room I got really relieved. “Home is where your wi-fi connects automatically.” I know I’m an addict, but without it I’d had a really hard time. It’s just that I got so used to it by now, that I can’t imagine my life without it. Calm me, that I’m not the only one! 😀 It turned out that one of the neighboors have wifi and there’s no password on it. First my host dad didn’t beliave it, and though it will cost me money. But there’s no possible way for that. So I guess it’s a miracle. 😀 Also, because it only works in my room at my desk. 2 meters from my desk it doesn’t work. It turned out they used a different type of wall here. Thank God. 😀

Also I’ve already wrote you about the toilet situation.
Most of the people are very poor here. Dana’s friend came over with a really old bike. At home you can’t even see them.

According to my host family, they are not rich, but middle class. The house is really nice, so I don’t notice much from these inconveniences, that locals experience everyday. Apart from the fact, that the Internet is really slow, and sometimes doesn’t work at all I’m really relieved that I have. Even if it’s not that good.

I never though I’ll say Hungary is developed, but compared to this part of Russia it really is. We complain about our roads and services. But the truth is, it’s not that bad.

I’m happy to be an au pair here in Siberia, because at least I can see this now. This is really interesting for me. I see someting new everyday. I’ll apprechiate more what I have at home. But on the other hand I’m looking forward to my stay in the USA, where I know everything will be quite the opposite. 😉